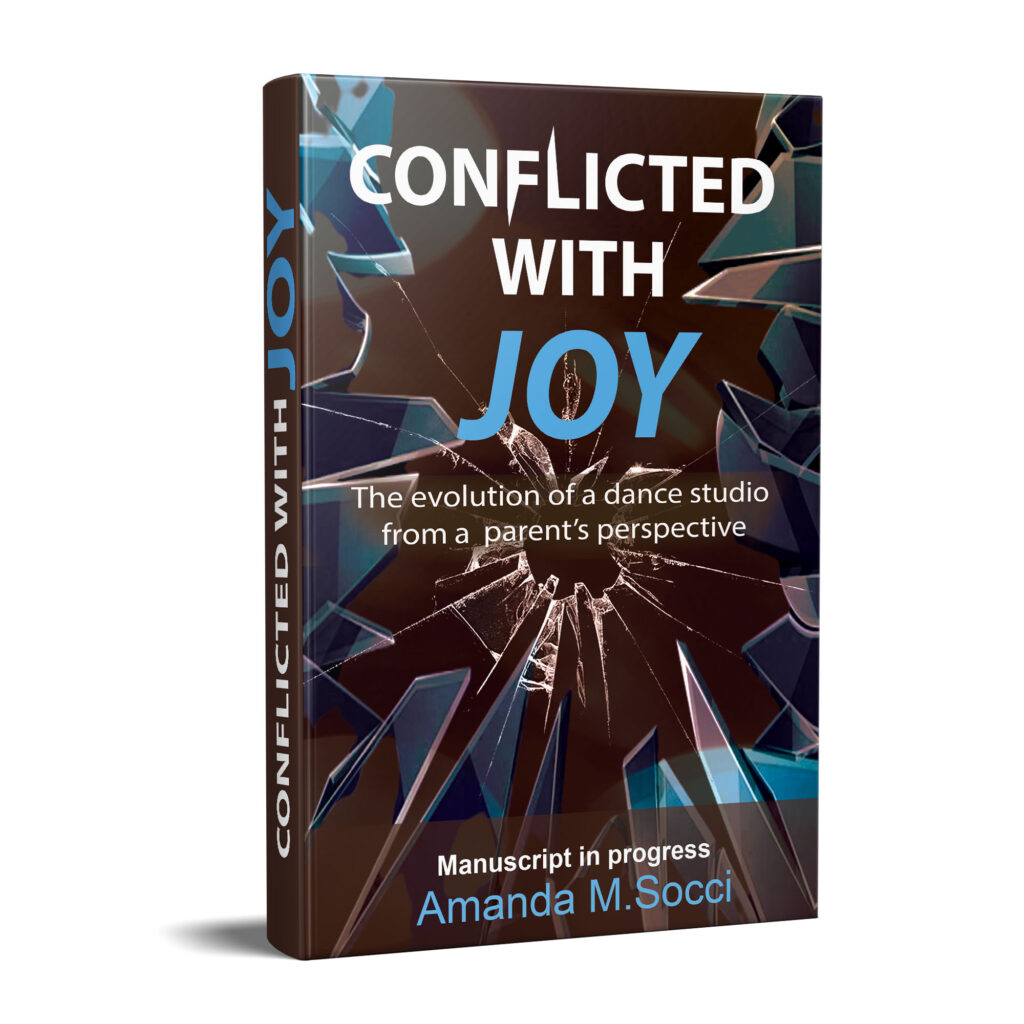 This is a true labor of love conceived and started on August 18, 2020. The manuscript is now 250,000 words long and is currently in the editing phase.

A Brief Background: Starting to Work with Joy of Motion Dance Studio

Sometime in 2015, Amanda first learned about Joy of Motion dance studio and the incomparable Helen Hayes. Amanda was immediately smitten by all she learned. The following year, Amanda enrolled her two daughters in dance classes at Joy of Motion.

In 2018, things got serious. Amanda upgraded her admiration of Joy of Motion to full-blown love for a place that was about to impact her daughters’ dance careers. Amanda’s daughters auditioned for and were accepted into a conservatory dance program at Joy of Motion.

On August 18, 2020, Amanda received devastating news about Joy of Motion. There was only one way to go: directly to the media. The media was not interested in a story about Joy of Motion. Inspired by rejection, Amanda decided to follow her heart and tell her story in her own words.

There is much to tell in this dramatic story.

Amanda’s two daughters are pictured at the conclusion of a dance recital at Joy of Motion in December 2018.

I never removed Joy of Motion from the idolatry of my own making, but I did witness the destruction of the altar I built to them. That is how things naturally progressed. The same way King Josiah from the bible wiped out all forms of adulation to false gods, our real God wiped me clean from focusing too much on this dance studio. This is my true story.

About the Book
(Manuscript in Progress)

“Conflicted with Joy: The evolution of a dance studio from a parent’s perspective” is a book designed to capture the emotional connection between a dance mom and a dance studio. With three locations in Washington, D.C. and Bethesda, Maryland, Joy of Motion dance studio impacted Amanda in ways other dance studios did not.

Amanda elevated the status of Joy of Motion in her personal life to such an extreme, that she was willing to transplant her entire family and start anew to be closer to the studio for the benefit of her daughters and their continuing dance education.

This book is intended to capture the essence of Amanda’s deep admiration and love for Joy of Motion dance studio. The book will start off with a background of Amanda’s upbringing with dance and move on to her daughters’ experiences with other dance studios. 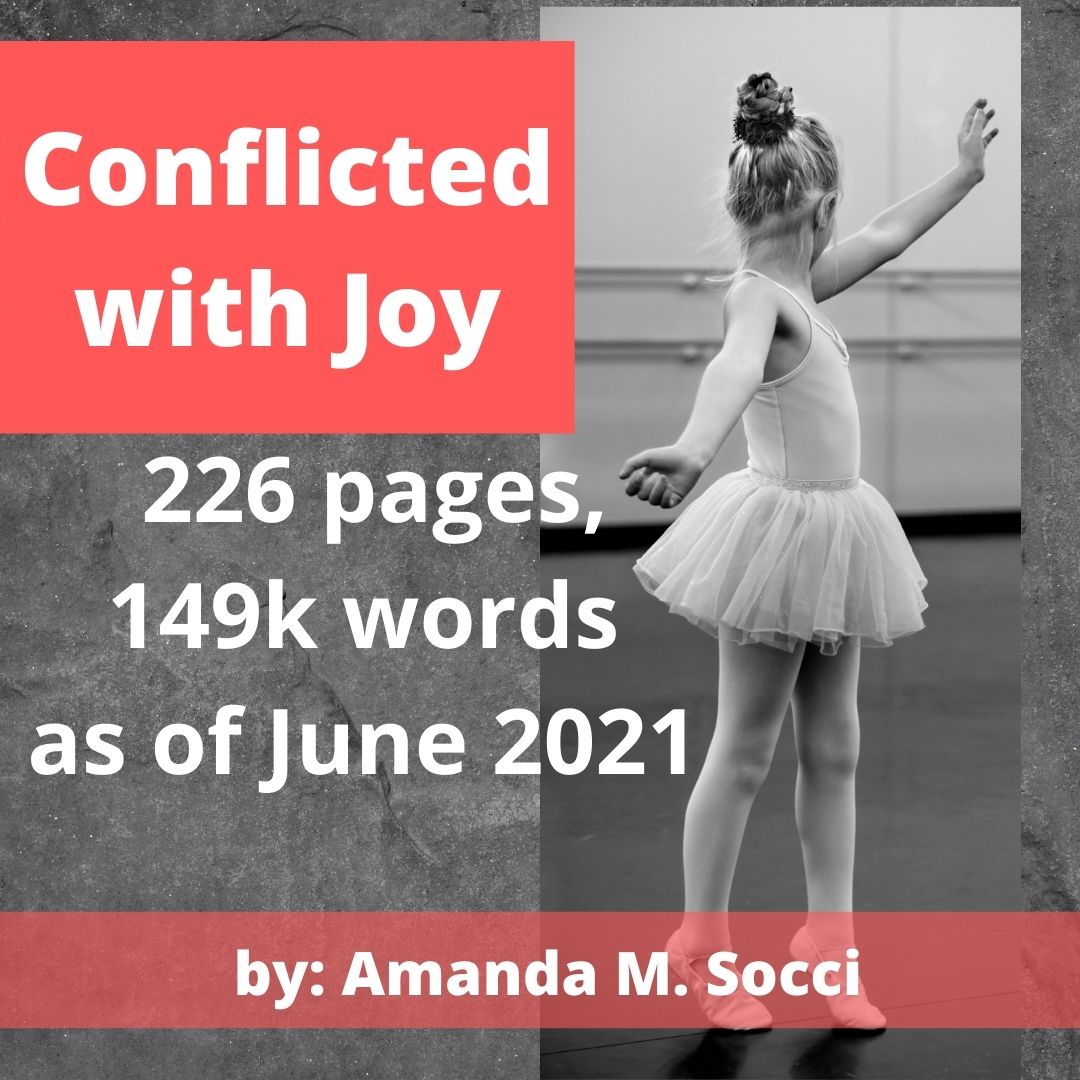